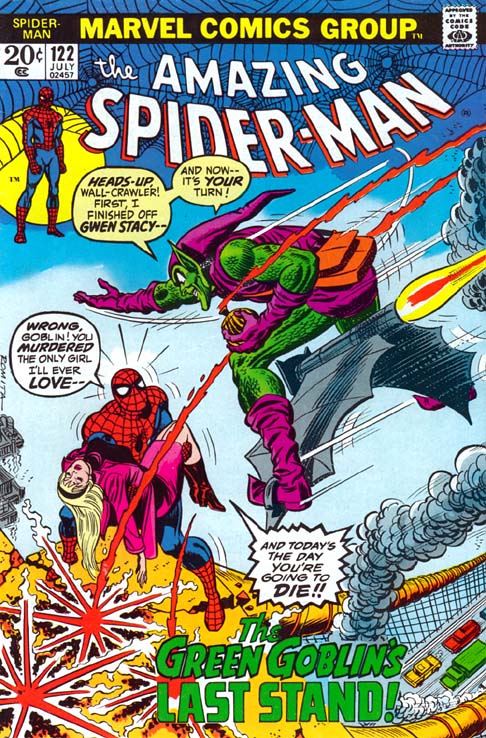 (Last month, Mark Ginocchio of Chasing Amazing began his survey of Spider-Man’s top battles by spotlighting confrontations with Mysterio, Thanos, and more. This month, Mark counts down the final five entries on his Top Ten List! And now … heeeeere’s Mark!)

We’ve now reached the second half of my top 10 favorite Spider-Man battles of all-time. The first half of this list consists primarily of Silver and Bronze Age altercations that are right in Longbox Graveyard’s wheelhouse. Well, the second of these lists will definitely contain some old-time classics. But, I’m also about to push some of you out of your comfort zone and introduce some scenes from comics that – gasp – occurred over the last 20 years during the much reviled “Copper” or “Chromium” Age.