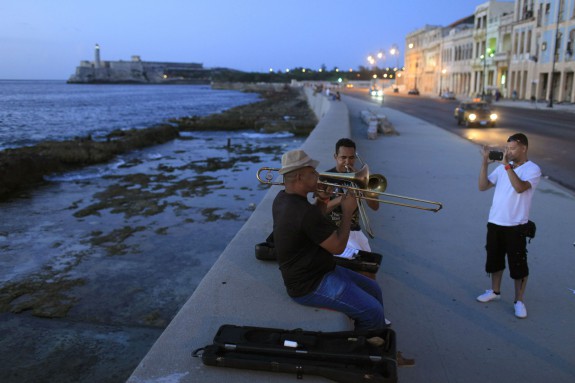 I hailed a coco-taxi (a three-wheeled scooter) right from my hotel in Vedado and enjoyed a fun ride down the Malecón to my first destination in Central Havana, a special place called El Callejón de Hamel (Hamel’s Alley). I was in for quite a wonderful surprise!

Taking a Coco-taxi in Havana. (A three-wheeled scooter with a cover and room for two in back).