An explanation:
I want to, but it’s hard to tell a lie;
by the crumbs on my shirt,
and the feeling that I’m made of dirt,
I think we both know what happened:
I absolutely demolished your pie.
There, in the fridge, I caught a glimpse
of that pie; was it apple? I can not tell.
I just dove right in, gave my stomach hell.
Do I regret this?
Absolutely not.
It was delicious, sweet, full of bliss;
why was it so good?
I think I know why:
it was yours, it was not mine,
and since I do not like you,
that pie became divine.

Have we not all been there before??

WHAT IS GOING ON HERE? WHY IS THIS LIKE THIS? 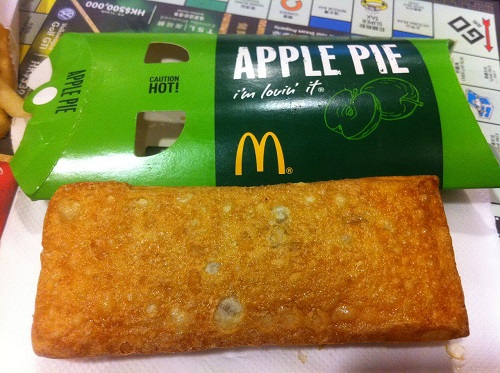 If you know me personally at all, chances are you’ve heard about The Pie. Maybe I’ve even taken it out to show you, let you touch it, encouraged you to sniff it. The Pie is legend, and has been for a great many years now. And if you know about The Pie, then you know we’ve just passed a significant milestone on its journey through the ages and into immortality.

The rest of you I’m going to have to bring up to speed.

I mentioned an important anniversary several weeks ago in this blog. Not the one related to the blog itself, nor my comic book work. I’m talking about that other, mysterious anniversary, I was so specifically vague about. The twenty-five year anniversary.

Rather than recap the whole sordid story from the beginning, let us instead begin at the end – or at least the end as it stood…

In 2012 Gary Carl Simmons sat down for an enormous meal including a Pizza Hut Super Supreme Deep Dish pizza; 10 8-oz. packs of Parmesan cheese; 10 8-oz. packs of ranch dressing; one family size bag of Doritos; 2 large strawberry shakes; two cherry Cokes; one super-size order of McDonald’s fries; and two pints of strawberry ice cream.  By about 4:45 one observer reported that he had eaten roughly half of the nearly 30,000-calorie feast before he was marched off to the Mississippi death chamber.  At 6:16 that evening he was declared dead after he was executed by lethal injection for a grisly 1996 murder.

The last meal has become a standard ritual in the contemporary execution, an oddly fascinating public episode in the final moments before society passes its ultimate judgment on one of our…