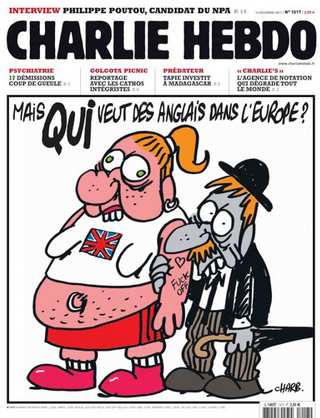 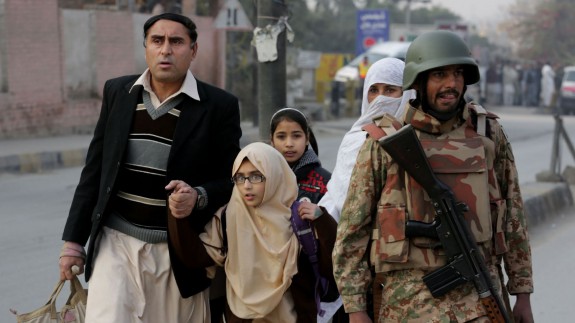 The following is a story written by Erin Cory about her friend Abdul-Rahman Kassig, formerly known as Peter Kassig, who has been held by ISIS since October 2013 and has been recently threatened with death.

With Abdul-Rahman in Lebanon, June 2012.

I admit I have been stalling on writing this entry since Joey generously offered it to me last week. By now, we have all read about Abdul-Rahman Kassig, born Peter Kassig, and his plight in Syria at the hands of the so-called Islamic State. I have read perhaps thousands of words by reporters and people like me, who are his friends. But the truth is, the shock of seeing him in this situation, the pain of witnessing his family’s fear and grief, has taken my breath away and with it, the words to make sense of what is happening.

Tonight, for the first time, I feel as though…

“What’s the harm of bombing them at least for a few weeks and seeing what happens?” muses neoconservative William Kristol. The media debate follows similar lines. Yet in Libya, former MI6 head of counterterrorism Richard Barrett points out, “military intervention without a proper plan to follow up had all sorts of unintended consequences and led to chaos and instability.” “It’s just reaching for a hammer because it is a hammer and it’s to hand,” he adds. Airstrikes “have to have a very clear purpose and objective … I’m not sure we have that”. Instead, we seem to be engaging in “gesture politics”.

WASHINGTON (AP) — The Obama administration acknowledged for the first time Wednesday that four American citizens have been killed in drone strikes in Pakistan and Yemen since 2009. The disclosure to Congress comes on the eve of a major national security speech by President Barack Obama in which he plans to pledge more transparency to Congress in his counterterrorism policy.

It was already known that three Americans had been killed in U.S. drones strikes in counterterrorism operations overseas, but Attorney General Eric Holder disclosed details that had remained secret and also that a fourth American had been killed.

In a letter to Senate Judiciary Committee Chairman Patrick Leahy, Holder said that the government targeted and killed U.S. citizen Anwar al-Awlaki and that the U.S. “is aware” of the killing of three others who were not targets of counterterror operations.

The newly revealed case is that of Jude Kenan Mohammed, one of eight men indicted by federal authorities in 2009, accused of being part of a plot to attack the U.S. Marine Corps base at Quantico, Va. Before he could be arrested, Mohammad fled the country to join jihadi fighters in the tribal areas of Pakistan, where he was among those killed by a U.S. drone.

“Since entering office, the president has made clear his commitment to providing Congress and the American people with as much information as possible about our sensitive counterterrorism operations,” Holder said in his letter to Leahy, D-Vt. “To this end, the president has directed me to disclose certain information that until now has been properly classified.”

“The administration is determined to continue these extensive outreach efforts to communicate with the American people,” Holder wrote.

The White House said Obama’s national security speech Thursday coincides with the signing of new “presidential policy guidance” on when the U.S. can use drone strikes, though it was unclear what that guidance entailed and whether Obama would outline its specifics in his remarks.

Obama “believes that we need to be as transparent about a matter like this as we can, understanding that there are national security implications to this issue and to the broader issues involved in counterterrorism policy,” White House spokesman Jay Carney told reporters Wednesday.

“He thinks (this) is an absolutely valid and legitimate and important area of discussion and debate and conversation, and that it is his belief that there need to be structures in place that remain in place for successive administrations,” Carney said. “So that in the carrying out of counterterrorism policy, procedures are followed that allow it to be conducted in a way that ensures that we’re keeping with our traditions and our laws.”

Obama’s speech Thursday is expected to reaffirm his national security priorities – from homegrown terrorists to killer drones to the enemy combatants imprisoned at Guantanamo Bay – but make no new sweeping policy pronouncements. The White House has offered few specifics on what the president will say to address long-standing questions that have dogged his administration for years and, experts said, given foreign allies mixed signals about U.S. intentions in some of the world’s most volatile areas.

Obama will try to refocus an increasingly disinterested and controversy-weary U.S. public on security issues. His message will also be carefully analyzed by an international audience that has had to adapt to what counterterror expert Peter Singer described as the administration’s “disjointed” and often “shortsighted” security policies.

Obama is also expected to say the U.S. will make a renewed effort to transfer detainees out of the Navy-run detention center for terrorist suspects at Guantanamo Bay, Cuba, to other countries. Obama recently restated his desire to close Guantanamo, a pledge he made shortly after his inauguration in January 2009.

That effort, however, has been stymied because many countries don’t want the detainees or are unwilling or unable to guarantee that once transferred detainees who may continue to be a threat will not be released.

There are currently about 166 prisoners at Guantanamo, and 86 have been approved for transfer as long as security restrictions are met.

Obama is also expected to make the case that the U.S.-led war in Afghanistan has decimated al-Qaida’s core, even as new threats emerge elsewhere.

In his letter, the attorney general said the decision to target Anwar al-Awlaki was subjected to extensive policy review at the highest levels of the government. Senior U.S. officials briefed the appropriate committees of Congress on the possibility of using lethal force against Anwar al-Awlaki.

The administration informed the relevant congressional oversight committees that it had approved the use of lethal forces against Anwar al-Awlaki in February 2010, well over a year before the operation, Holder said.

A move to gradually shift responsibility for the bulk of U.S. drone strikes from the CIA to the military has already begun. And, according to an administration official speaking on condition of anonymity because he wasn’t authorized to speak publicly, the move would largely divide the strikes on a geographical basis, with the CIA continuing to conduct operations in Pakistan, while the military takes on the operations in other parts of the world.

Officials suggest that the CIA strikes into Pakistan have been successful, and point to the agency’s ability to gather intelligence there. So, there is less of an inclination to change that now.

In other countries, such as Yemen, Somalia or portions of North Africa, the Defense Department will handle the drone strikes as regular military operations.

In March, the Senate confirmed John Brennan to be CIA director after the Obama administration agreed to demands from Republicans and stated explicitly there are limits on the president’s power to use drones against U.S. terror suspects on American soil.

Laura Murphy, director of the American Civil Liberties Union’s Washington legislative office, said the administration should “produce the legal rationale that allows him to unilaterally decide when drones can be used … and we would like him to clarify why he feels he has the authority to use drones outside of the battlefield and how he’s going to constrain that authority.”

Frank Cilluffo, White House domestic security adviser to President George W. Bush, said Wednesday that the fact that the U.S. targeted al-Awlaki and killed three other U.S. citizens in drone strikes should have been part of the public discourse all along.

He said there had been a lingering narrative that Awlaki was an inspirational leader, while in reality he had a key role in multiple operations targeting Americans. “The fact that they are making this public provides justification for the actions they took,” said Cilluffo, now director of a homeland security studies program at George Washington University.